How Structural Arches are built

An arch is a curved structural form that carries loads around an opening, transferring them around the profile of the arch to abutments, jambs or piers on either side. 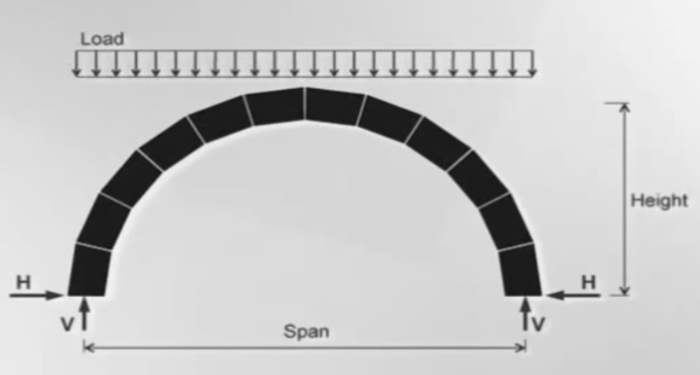 Arches are compressive structures, that is, there are no tensile stresses. They are self-supporting, stabilized by the force of gravity acting on their weight to hold them in compression. This makes them very stable and efficient, capable of larger spans and supporting greater loads than horizontal beams. 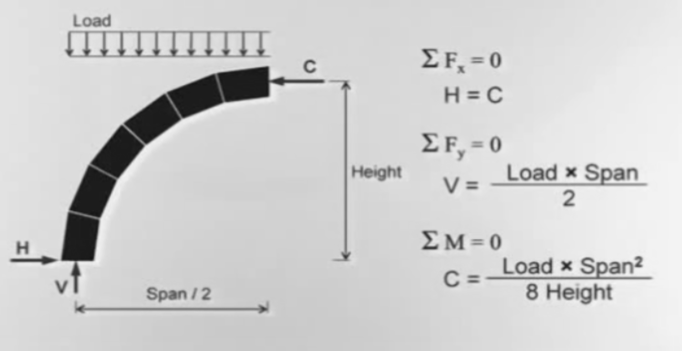 The downward load of an arch must be transferred to its foundations. The outward thrust exerted by an arch at its base must be restrained, either by its own weight or the weight of supporting walls, by buttressing or foundations, or by an opposing tie between the two sides. The outward thrust increases as the height, or rise, of the arch decreases. 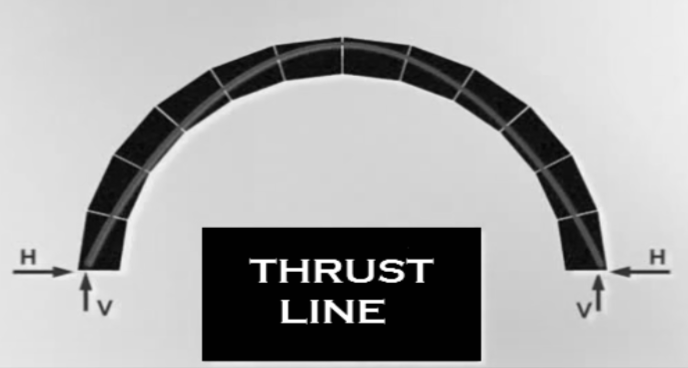 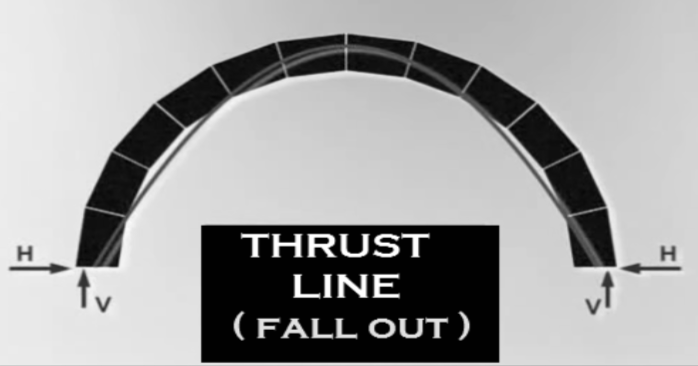 Construction of an Arch:

Arches are generally constructed using materials which can resist compression forces better such as masonry and concrete.

The construction of traditional masonry arches is dependent on the arrangement of the bricks, blocks or stone over the opening. Wedge-shaped blocks, called voussoirs, are set flank-to-flank with the upper edge being wider than the lower edge. Downward pressure on the arch has the effect of forcing the voussoirs together instead of apart. The voussoir that is positioned in the centre of the arch is known as the keystone.

This arrangement means that the arch is self-supporting, but temporary supports from below, usually in the form of timber centres, must be provided until the keystone has been set in place.

Based on different profiles of arches which can be created using the available construction materials. Below mentioned are the types of trusses (Architectural Categorisation)

No comments to show.